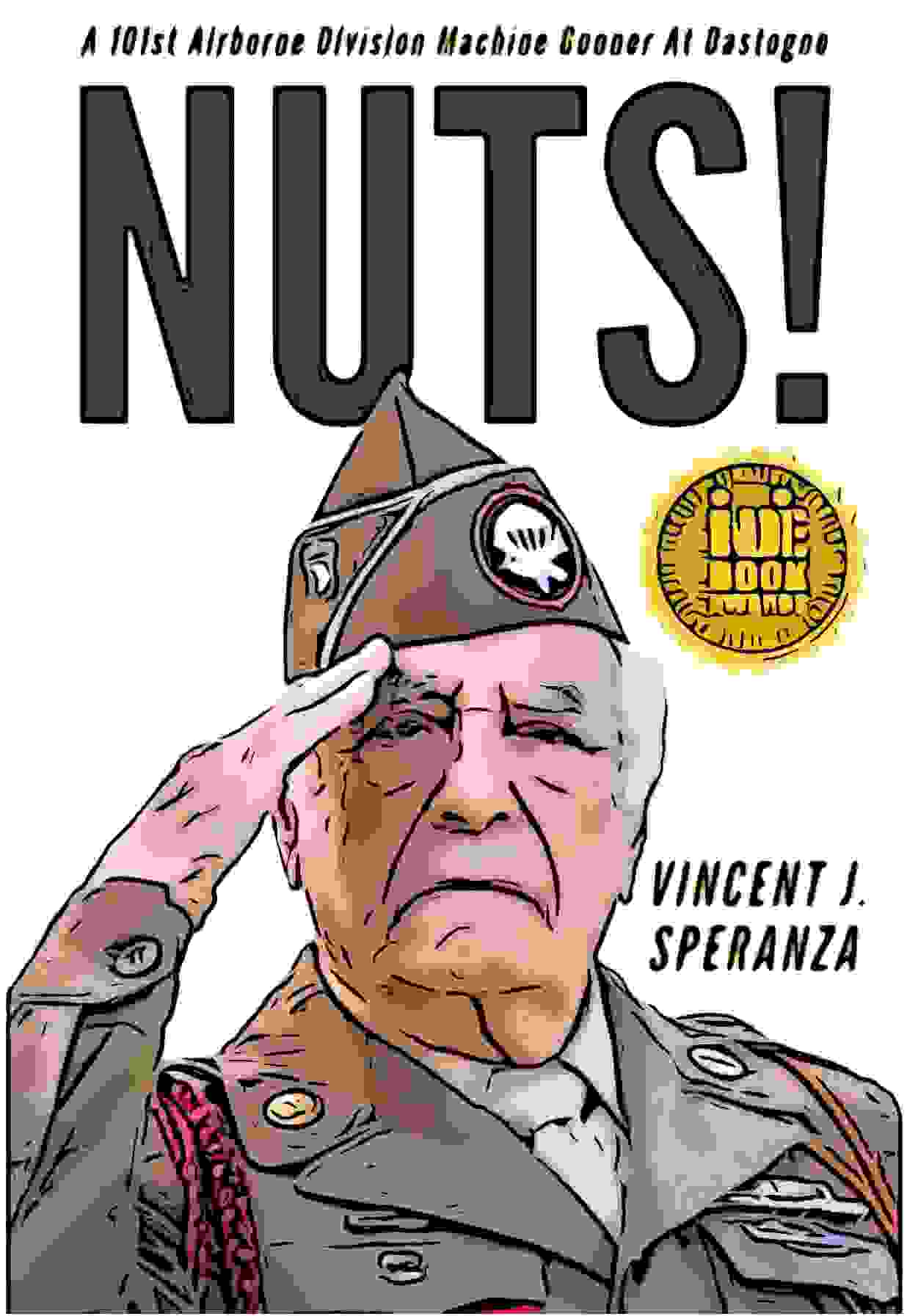 WWII Paratrooper and "Battle of the Bulge" Machine Gunner.  Speranza will enthrall you with his many war stories and clever antics.

Vince was born March 23, 1925 to Frank and Frances Speranza in the Hell's Kitchen neighborhood of Manhattan, New York.  He grew up on Statten Island in a large and extended Italian family during the Great Depression.

After graduating high school, he was drafted into the United States Army on October 25, 1943 and officially entered the service on November 15, 1943.  He was sent to Camp Upton in New York where he stayed until he was sent to Fort Benning, Georgia to train with the 87th Infantry Division.  He volunteered for the Parachute Infantry and was sent back to Fort Benning for further training.  Then, he was sent overseas with Company H, 3rd Battalion, 501st Parachute Infantry Regiment, 101st Airborne Division from Camp Shanks on board the Queen Mary.

His unit arrived in France and he would later fight in the "Battle of the Bulge," December 1944.  He engaged in his first firefight against German forces in freezing temperatures.  That year, was the coldest winter in decades. Vincent was a machine gunner during the historic battle, earning him the nickname "Curse and Traverse" Speranza.  The "Battle of the Bulge" resulted in the highest number of casualties of any operation during WWII.

Vince returned home and married Iva Leftwich in 1948.   They would go on to have two daughters and a son.   Iva passed away on March 6, 2017.  Speranza taught U.S. history in the New York City schools for over twenty years until he retired in Auburn, Illinois.

Today, Vincent travels all around the world sharing his war stories in hopes of reminding citizens of the value of freedom and the importance of leadership under adversity.  In May 2021, Speranza will lead the Honor Ride, a cross-country tribute to all service members.  Speranza and Super Hero character LT Williams' POW/MIA steel wings from the Purple Foxes United story will be escorted by The Run for The Wall and Rolling To Remember organizers to the Vietnam Wall in Washington, DC.

After Speranza pays his respects to our fallen Vietnam War veterans, he will "Pass the Torch" to the next generation of veterans at the Wall on Terror in Marseilles, Illinois.

The "Pass the Torch" project and documentary is sponsored by PRAESIDUS, the creators of "The Battle of the Bulge" commemorative watch honoring Vincent J. Speranza's service.

To learn more about Speranza's memories of the war, you can read them in his book called NUTS! available on Amazon:  https://www.amazon.com/Airborne-Division-Machine-Gunner-Bastogne/dp/1941165516  (You may request additional signed books by Vincent J. Speranza via Facebook)