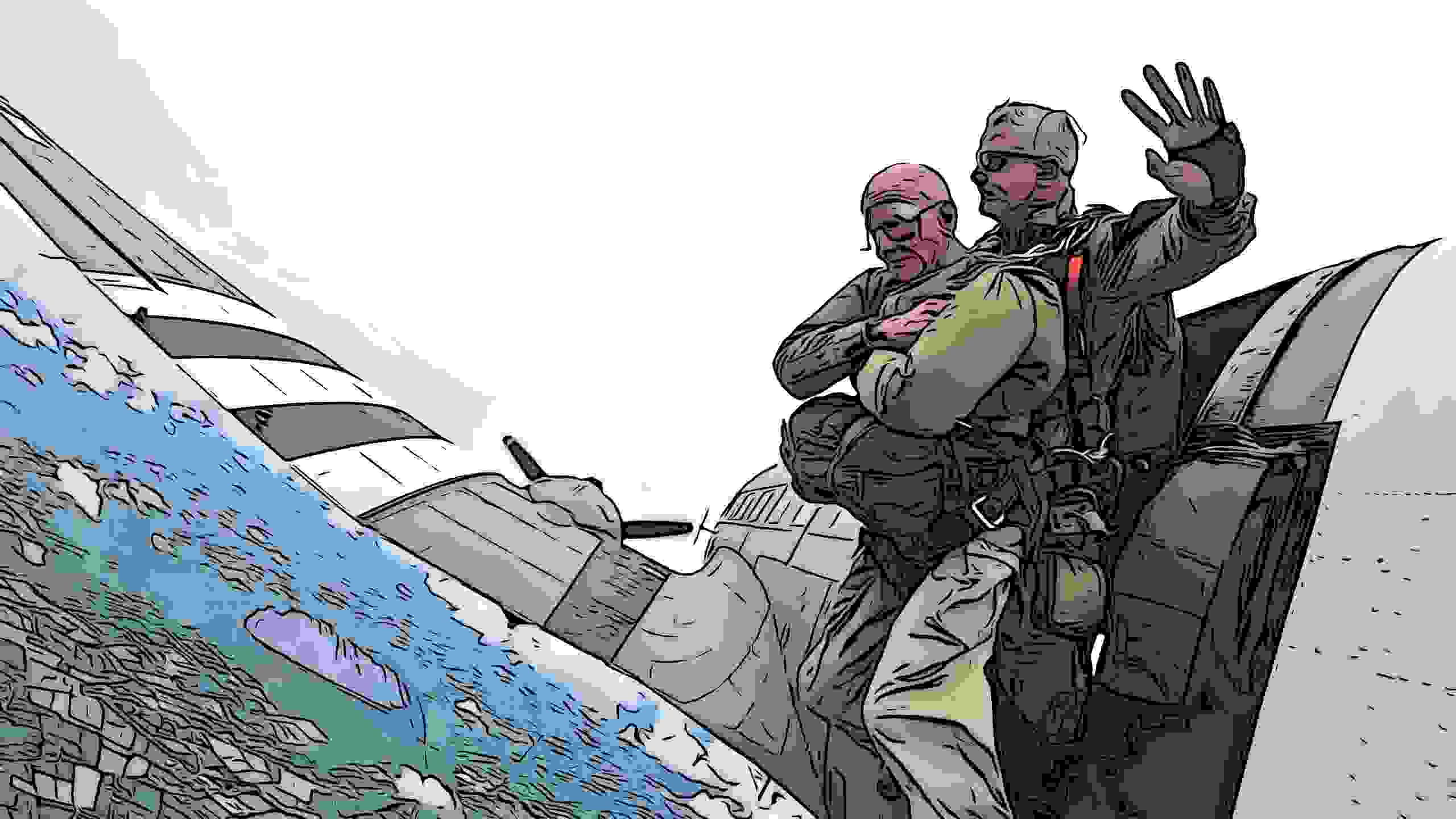 In 1942, Thomas Rice attended Camp Toccoa, Georgia, before being sent to the U.S. Army  Airborne School at Fort Benning, where he joined the 501st Parachute Infantry Regiment (PIR) of the 101st Airborne Division.  While serving with the airborne infantry, Rice commanded a 60mm mortar  crew and served as platoon sergeant.


Deployed in 1944 to England with the entire company C, 501st PIR, he prepared for "Operation Overlord," the largest allied invasion against Nazi Germany.  He belonged to a support group mainly armed with mortars.  On June 5, 1944, at Merryfield airfield, he embarked aboard a Douglas C-47 belonging to the fourteenth drop serial.  The mission of his division was called “Albany," aimed to secure several roads crossing the Cotentin marshes.

Rice returned to Normandy for the 75th Anniversary of D-Day in June 2019, where he jumped in the same drop zone as he did on D-Day.  He was 97 years-old.  His inspirational jump and incredible stories are documented in LIBERTAS (Normandy Jump 2019).

MANY THANKS TO OUR HOST:

WWII Paratrooper Tom Rice helped "Save the World" from Nazi Germany, then went on to serve as a teacher. Mr. Rice taught high school history and cross-country at Hilltop High School for over twenty years.  Hilltop HS hosted the launching of the "Call-to-Service" International Program and series.

Brought to you by our Official Sponsor PRAESIDUS

"The Lost Watch of D-Day" is a historical timepiece based on the story of WWII Paratrooper Tom Rice exiting the C-47 aircraft during "Operation Overlord."