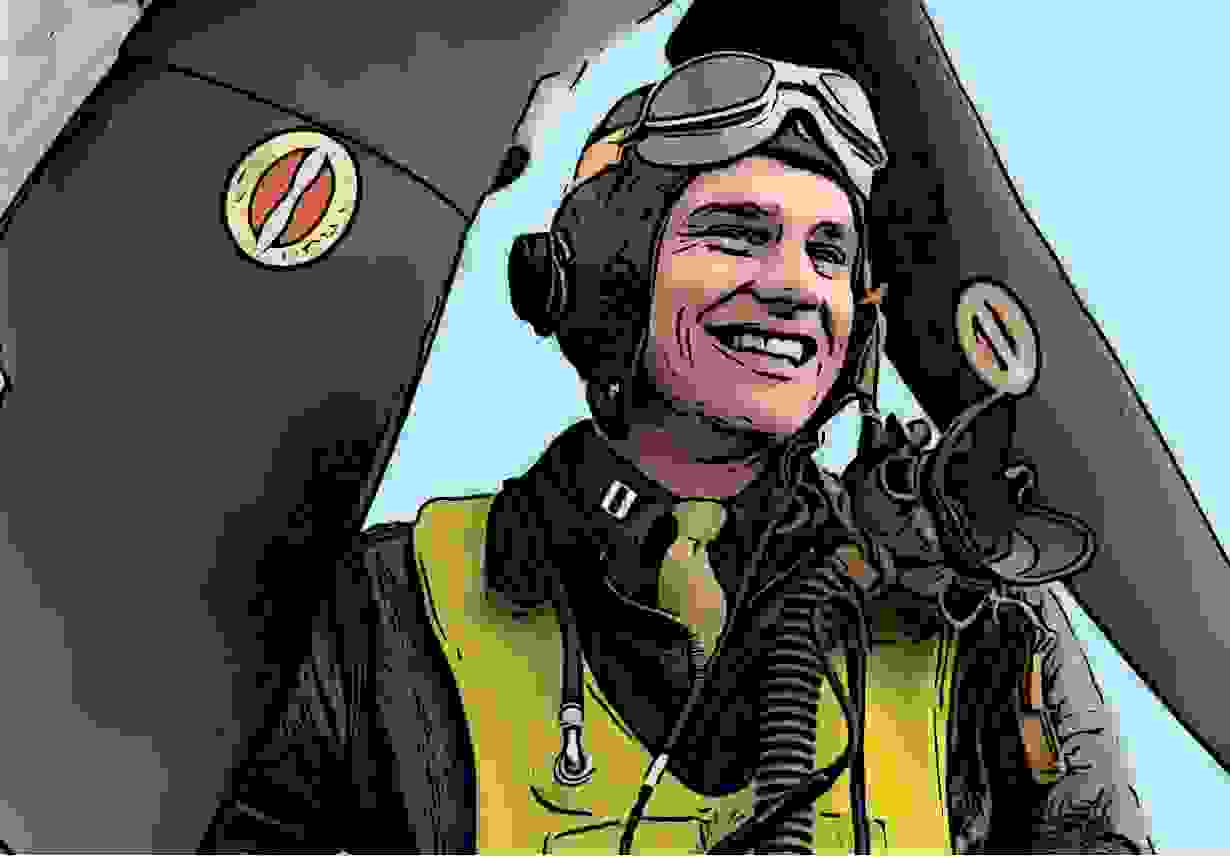 Bud was the leading Ace of the 363rd Fighter Squadron, credited with destroying 16 and 1/4 enemy aircraft in aerial combat and another one on the ground.

Colonel Anderson has an extensive flight testing background that spans over a 25 year period.  He has flown over 130 different types of aircraft and has logged over 7,500 flying hours.  He also served as Commander of an F-86 Squadron in post war Korea and was Commander of an F-105 Wing on Okinawa during Vietnam.  Bud completed two assignments with the Pentagon as an advanced R & D staff planner and as Director of Operational Requirements.

While serving in Southeast Asia where he was Commander of the 355th Tactical Fighter Wing, Col. Anderson flew bombing strikes against enemy supply lines and later was in charge of closing the first large air base when his combat wing was deactivated.

Col. Anderson was decorated 25 times.  His awards include 2 Legion of Merits, 5 Distinguished Flying Crosses, the Bronze Star, 16 Air Medals, the French Legion of Honor and the French Croix de Guerre, as well as many campaign and service ribbons.

Bud's many achievements include:

At 99 years of age, Bud remains active in the aviation community giving speeches and presentations with great emphasis on encouraging our youth to "Live Their Dreams!"

You can read more about Bud's legacy of flight in his book, TO FLY AND FIGHT;  MEMOIRS OF A TRIPLE ACE

The LIVE YOUR DREAMS episode is a tribute to Kelly Kreeger for her service to the aviation community, Colonel Bud Anderson and his Super Fan Club.

...Butterflies and Old Crows unite in their passion of flight to inspire others to "Live Their Dreams!"

The revered aircraft of WWII and the fighter pilot that flew it!

TO FLY AND FIGHT; MEMOIRS OF A TRIPLE ACE

To read more about Bud's legacy of flight

TO FLY AND FIGHT; MEMOIRS OF A TRIPLE ACE